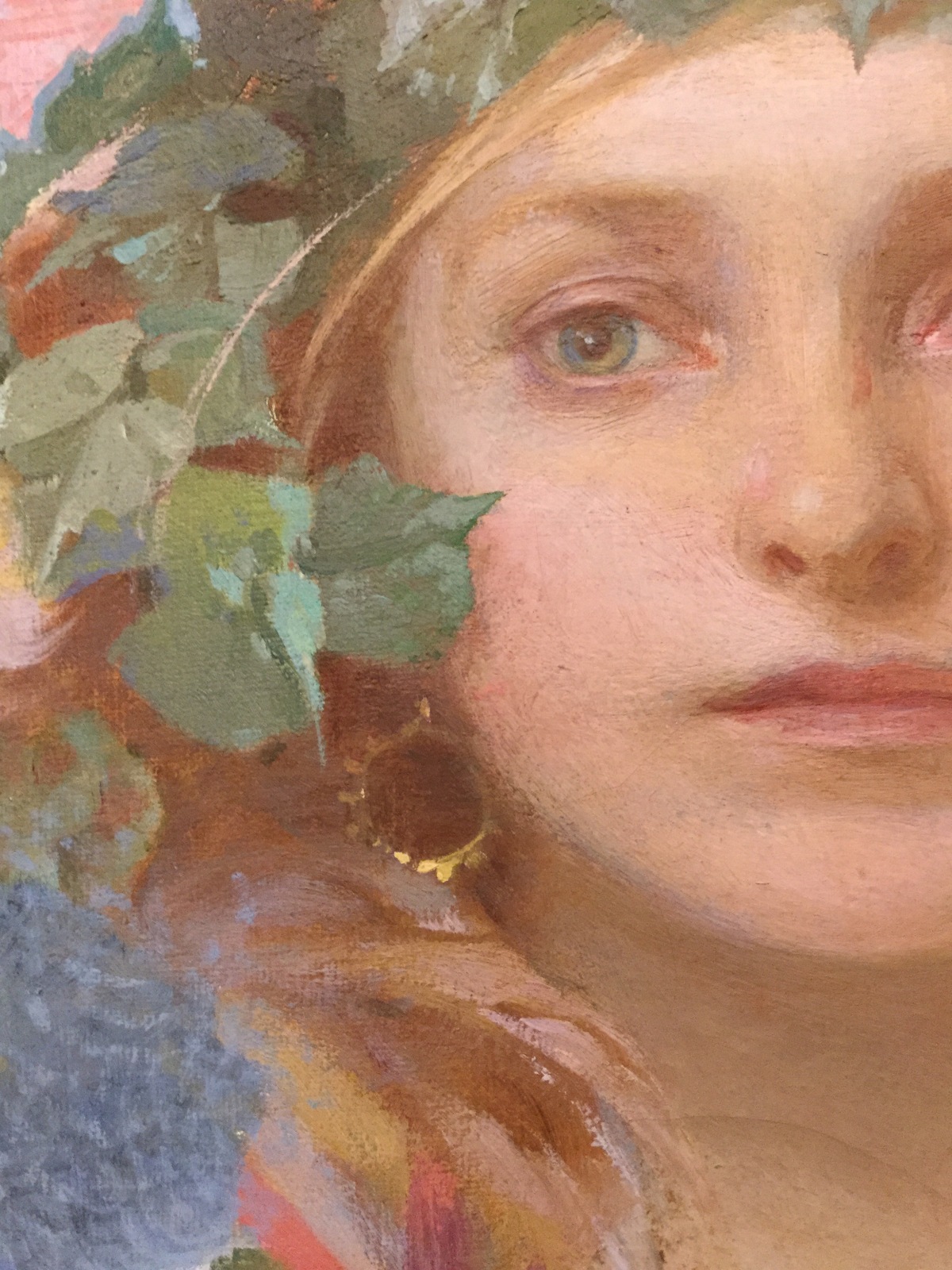 What was Prague like? It was beautiful and very picturesque.  I had long term travel fatigue episode, I had coped with it. I tried out my first couch surfing experience. I’m glad I’m an older solo traveler, I can’t keep up with these young people. Meeting local people is my favorite part about traveling. I met up with a old friend from when I was in the Navy.  Took a train out of Prague to Dresden.  I will definitely love to come back and visit the city.

I came to Prague with over 100 days on the road.  It is very tiring being a tourist.  Some days you just want to go back home. Yes, even for the people living their dream there are bad days.  After I had this thought of long term travel fatigue, I looked and there was already a blog post about it, here.  I read this post after I recovered.  What did I do to recover. I kept going, I pushed through.  There are interesting places everywhere, you just have to keep looking.  I went to the National Technical Museum in Prague, practically no tourists there.  It was an inspiring to see different types of technology evolve with time. There is a photography exhibit, medical technology, film, architecture, appliances, printing presses and many more. Then I went to see the National Gallery.  I enjoy looking at painting and modern art because I studied a little bit when I was in art school. It was really exciting to some famous artists that I admired.  The title picture is a close up of a Alphonse Mucha. I love his decorative style and color palette.  What got me out of the slump was to keep doing what I’m doing, keep working, keep searching, and keep exploring. Eventually it will pass. That’s advice if you need it. Please see the link above, that post is also good advice for any plateau.

You know when your friend would send you a postcard from Europe, Prague is a perfect card. Prague is located in central Europe as the capital city of the Czech Republic.  It’s the fifth most visited city Europe.  To say there were a lot of tourist is an understatement. When Richard Simcott, the polyglot superstar, studied here in the 90’s he described the Charles bridge as walking through a living radio when you turn the dial fast.  So many people and so many languages you can hear maybe five or six walking through it.  I didn’t have that exact experience, but I did hear a lot of English. Prague is beautiful but the amount of people detract from it. There are cool things to do you just have to look closer than the average tourist. 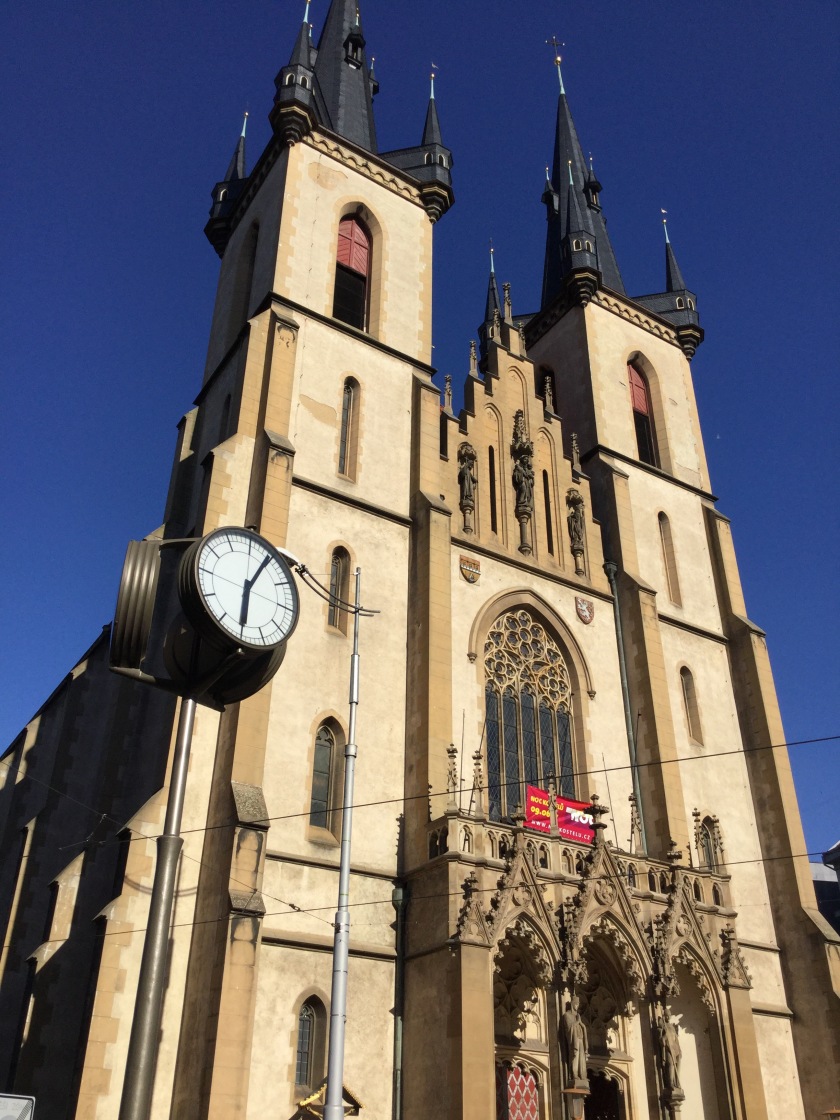 I managed to get some training amidst my slump.  In fact, Jiu Jitsu is a really good way to get back into it.  Exercise is good to way to move forward with a situation.  I have now taken classes in Spanish, German, Czech and English. I wonder how many more languages I can learn Jiu Jitsu in. Honza Stach told me about Richard Andres at Penta BJJ. It’s great to meet people and that other people recommend. Richard spoke English very well and took time to show me certain details in English.  He trained on and off in Minnesota. He is as technical as Honza said he was.  I really enjoy that the network of Jiu Jitsu is just an interconnected network of people.

I met Jan through a mutual acquaintance.  I was in Chile on a bike wine tour. A fellow, Matej from Slovakia, told me to check Czech Republic out and if I was going to Prague he might know someone to put me up.  I didn’t think anything of it. I gave him my email address, usually nothing comes from these situations. Maybe because I’m American and people are flaky in America. I’m used to it. After a few weeks he emailed me some advice on Slovakia and Czech Republic. He gave me a contact for Prague.  That is how I ended up on the Jan’s couch.  It’s so great to hear the perspective of a local about their city.  It’s honestly a priceless experience. I don’t think many tourists experience traveling this way.  I learned a lot about the history and attitude of Czech People through Jan.  He is one of the reason I want to return and really experience Czech Republic.

I extended my stay in Prague an extra day to see and old Navy buddy, Robbie. I was his LPO(Leading Petty Officer) in the department of ICU. He is now stationed in Japan.He has been traveling around Europe for about a week now.  He showed me his itinerary and I managed move some things around and spend a day catching up. We went to pub crawl, urgh I thought. A bunch of other English speaking tourists. Not really my scene but nonetheless I had fun. I met some new people, I got lost, I found my friends and I had a great time. Normally I would shy away from stuff like that. The further I go along in Europe I will probably go on more drunken nights with big groups of strangers.

Overall a good time in Prague.  Sometimes you feel down even in the most beautiful locations. Just keep going and learn from the experience. Keep your hobbies close so that you can feel normal even in a foreign country.  It’s great to meet new friends and old friends all in the same city. Czech Republic left as space in my heart I will try to fill it some day. 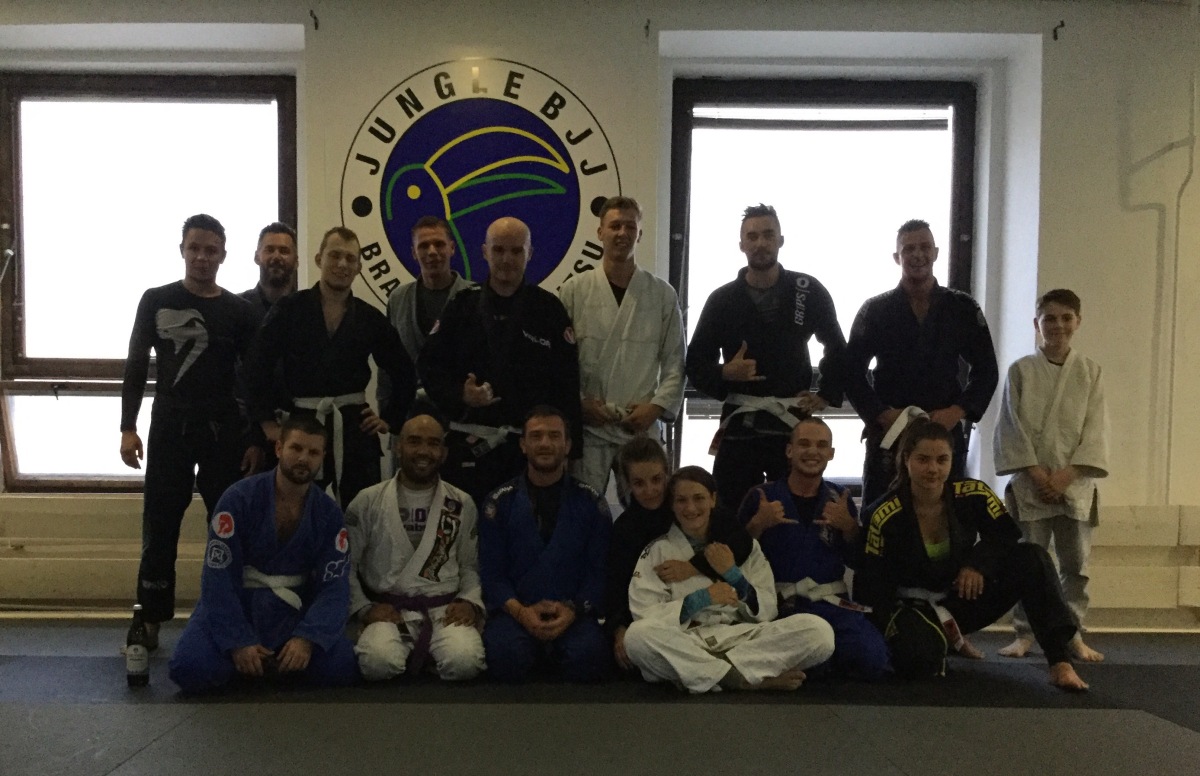 My rundown of Brno, Czech Republic. It was my first Matsurfing experience. The overall level in Brno is young but promising. The hospitality of Jan “Honza” Stach amazes me. I took a private lesson for leg locks. I will like to return some day to train for a longer period. The feeling of a new city every week has itself turned into a routine, still a good routine.  By the end of the week I gain new friends that were strangers at the beginning of the week. This has been a really memorable part of my journey.

If any one knows about long term travel from experience knows that it isn’t cheap, everything costs money.  Europe is no exception. BJJ Globetrotters started a site called Matsurfing.org. It is like couchsurfing but with Jiu-Jitsu contacts. I booked Vienna and Bratislava months ago. Now I don’t have that much money. So I decided to give mat surfing a shot.  An aspect of travel is pushing yourself outside your comfort zone. So I sent a few emails near my itinerary and Brno was the first to reply back. I plan to use it as much as I can for the rest of my journey. It was a great first experience with the site.

The overall level of Jiu-Jitsu in Brno is blooming.  A very young scene in Brno at the current moment of 2017.  A lot of white belts and a few higher belts instructing.  That doesn’t mean to count them out of anything though.  I met Michal, the instructor of Jungle BJJ Brno.  He has beautiful school with a lot of hungry students.  A very friendly guy, who took me to lunch after a training session.  Although in general Brno Jiu-Jitsu level is low, Jan Stach at Fight Club Brno is doing tremendous things in the No-Gi realm.  His beginning students have adapted his leg lock attacking style. They may not have heel hook or attempted a knee bar on me but their straight ankles are just as lethal. I’m eager to fast forward to see what five years will look like.

I arrived on a Monday and I needed a night to myself in a comfortable environment to write.  I met up with Jan on Tuesday, training wasn’t scheduled for that day, but he introduced me to Jirka, a white belt who cross trains in different gyms, who took me to Jungle BJJ Brno.  I trained five times that week.  Jan told the other instructors about me, so they knew I would be sleeping in the gym.  Jan was very helpful and available if I had any questions.  There was a couch in the back room of the gym with blankets. There was also showers and toilette.  A draw back was no Wifi. The gym was located right next a tram line that goes direct to the city center running every 5-10 minutes.  There were 3-4 really good guys at Jan’s gym.  I was schooled by the different approaches to Jiu-Jitsu.

“Teaching Jiu-Jitsu is like being a lighthouse keeper.  It is a lonely job but you still have to go up there and turn on the light and be beacon for others to guide off of.” – Jan Stach, paraphrased

The No- Gi game at Fight Club Brno humbled me and my defensive skills.  I normally can relax when someone gets my back but Jan and his students had implemented an arm trap system to secure the back. It’s a sequence that I haven’t seen before. Afterwards I asked Petr, a hulk of a Czech with gnarly Cauliflower ears, to teach me.  I’m eager to also implement it into my game.  I learned so many new techniques that opened my mind to the possibilities of Jiu-Jitsu even more.  It think because of the school being primarily No-Gi. I asked for a private lesson in leg locks and Jan was happy to give it that Friday.  I learned one version of his entries to his leg locking system.  It is through circumstance and opportunity that I was able to train in Brno. I’m so grateful for passing through this city.

On my last day I traveled with Fight Club Brno to a competition in Slovakia.  Jan, Michael, and Petr competed.  I watched and recorded video.  I didn’t want to compete because I didn’t want to risk getting injured, especially because my travel insurance doesn’t cover competition.  Michael won two and lost in the Finals to an armbar from Jan. Petr took first place in his advanced division. Jan swept the division with submission victories. Afterwards I told him he needs better competition. Jan has only been training 4 years and competes almost every weekend. It is a testament to his teaching and his grappling style that he and his students placed in the competition.

Would I Matsurf again? Yes.  I was able to meet with people and train more because I slept where I trained.  The generosity of Jan and his love for Jiu-Jitsu is contagious. The only thing I can do is pay it forward.  I’m excited for this pivotal time in Jan’s career and Jiu jitsu in Brno.  It will be interesting to see after the scene in Brno when I return.

(​I caught the last two minutes of the final. Jan’s transition were impressive.)

How to get to Brno: FlixBus from Bratislava or Vienna.

“Most travel, and certainly the rewarding kind, involves depending on the kindness of strangers, putting yourself into the hands of people you don’t know and trusting them with your life.” ― Paul Theroux